How to Create A Culture That Reduces Sexual Harassment

Sexual harassment has been in the news a lot lately. While many people see sexual harassment as something that makes headlines, it's often far more subtle. Usually, it exists as making comments about an employee's weight, general sexism, and unwanted flirtation, rather than unwanted touching or explicit comments.

It is not limited to men harassing women. All genders can be both perpetrators and victims of sexual harassment. The line is crossed when it creates a hostile work environment or results in an adverse employment decision, such as termination, demotion, or being denied a raise.

The best way to reduce sexual harassment is to make changes to your official policy to prevent it, then following through and taking action against anyone who violates the policy. There are some key things you need to do to ensure that your policy works and begins the work of creating a culture in which sexual harassment isn't tolerated.

Make Sure Employees Understand It

People do have different concepts of what constitutes sexual harassment. You need to start by educating your staff about inappropriate behavior by developing a handbook that clearly outlines what is considered unacceptable behavior. While most of your employees should know that intentional and unwanted physical contact is a problem, they may not be aware that dirty jokes are inappropriate in the workplace and can lead to hostile work environment claims if the company fails to take action to prevent such jokes or other profane comments by employees. Employees need to know both what they should not do and what it is acceptable for them to report to HR.

Train supervisors on how to handle reports and incidences of sexual harassment, and make sure to lay out clear guidelines for reporting it to HR. These guidelines need to include protocols for what employees should do when the perpetrator is their supervisor or somebody in the direct chain of command. Under no circumstances should an employee be forced to confront their harasser, although they always have the option of simply asking them to stop. When the person was unaware of how uncomfortable they were making the other employee, a simple request to stop can be effective, but it seldom works on intentional harassment.

Supervisors and managers must be trained on how to confront the harasser, and how to have difficult conversations that remedy the situation. They must also be taught when more action needs to be taken. Additionally, HR needs to know how to resolve a situation that is clearly a misunderstanding and when to involve the police or a third-party investigator.

Make Punishment In Accordance with the Infraction

Your policy must be fair and administer disciplinary action that is proportional to the misconduct, going up to and including termination or the possible filing of a criminal complaint. Minor infractions, such as an inappropriate comment, would incur less severe punishment than unwelcome contact. Empower your employees, so they feel safe and will trust that you handle incidents properly.

You must enforce the rules at all levels of leadership. Too many companies implement a sexual harassment policy, but too many higher-ranking executives can and do ignore it. Your policy also needs to clarify that retaliation will not be tolerated by laying out punishments that include termination. For example, the receptionist files a complaint against the office manager. The office manager receives a reprimand. She starts giving the receptionist extra work that forces her to stay late. That would be considered retaliation and could warrant termination, depending on the severity.

Have Management Be Present for Your Staff

When management walks around in the workplace, making their presence seen and interacting with people, employees trust them more. Staff is then more comfortable going to them with issues, and management has a decent chance of seeing harassment when it occurs. As long as management themselves are not involved in the behavior, occasional "floor checks" help significantly.

Management's presence discourages harassment, but sometimes it will stop only until they leave, so it's crucial to listen to reports on what is happening when management is not present. Still, even the potential of their presence can help. Make sure that you and your managers don't use this as an excuse to micromanage, however. Employees also need to be trusted.

Sexual harassment is most common in male-dominated work cultures. While women can and do harass men, a generally hostile atmosphere towards "females" allows inappropriate behavior to be more commonplace.

Hiring more women and BIPOC individuals helps break down this culture, but equality must be, as much as possible, achieved at all levels of your organization. A business where all the managers are men will have a problem, even if only in perception. Therefore, you need to put in place systems that combat biases and stereotypes.

LGBTQ+ employees are even more likely to experience sexual harassment, so it's vital to include them in these systems and ensure they have the same right to advancement as others. (This does not mean that you should tolerate harassing behavior from this demographic).

Increased diversity and equality tend to encourage the most vulnerable to come forward and help your company in general by increasing creativity and productivity.

Reducing the prevalence of sexual harassment starts with management, but HR is vital, especially when dealing with a "broken stair" at a high level. HR also plays a key role in creating a quality work culture. The #MeToo Movement and the increased awareness of sexual harassment make HR departments more crucial than ever. Make sure yours has the tools they need to succeed. 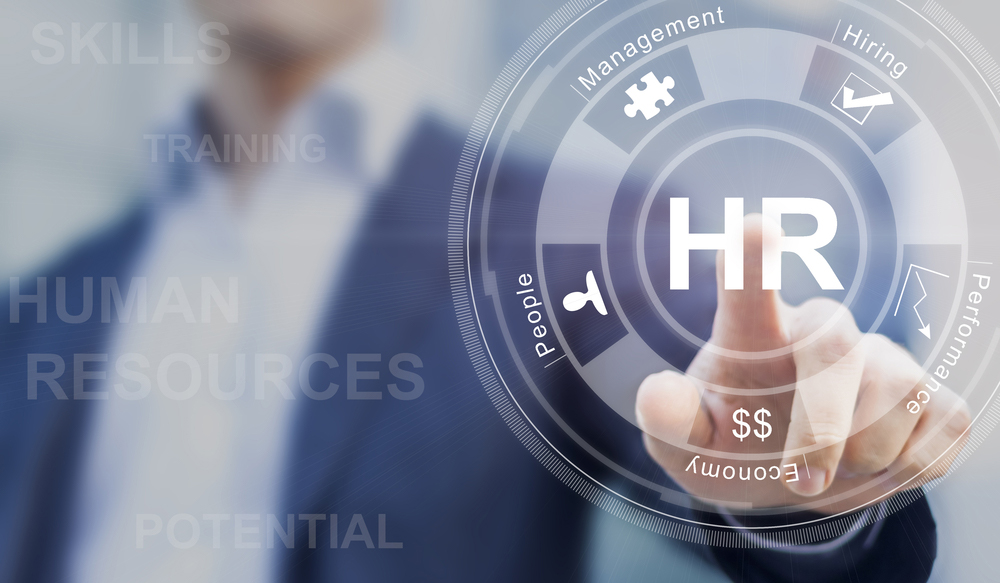 5 Steps to Manage Your HR

There's a misconception that human resources are a speed bump for company growth, and the processes and procedures needed for compliance are a roadblo...

END_OF_DOCUMENT_TOKEN_TO_BE_REPLACED

Do You Need to Tell an Employee When They're Eligible for Medicare?

Today's workforce and medical advancements have made it more likely that people work later in life. While it used to be that age 65 was a hard and fas...

END_OF_DOCUMENT_TOKEN_TO_BE_REPLACED

E-Verify® is a registered trademark of the U.S. Department of Homeland Security
Secure Email